The first partnership between Japan’s premiere marine-earth science agency and Saildrone included missions to the reference KEO offshore buoy, a study of the Kuroshio Current, and at the site of the Tropical Pacific m-Triton buoy.

Saildrone and the Japan Agency for Marine-Earth Science and Technology (JAMSTEC) launched three missions from Guam in October 2018 related to biogeochemical observations, meteorological and oceanographic measurements, and data comparison with existing offshore buoys in the Pacific Ocean. JAMSTEC is the first Japanese agency to partner with Saildrone to cost-efficiently augment their observing capabilities. Indeed, in addition to collecting new data sets, one of the goals of these initial missions was to test the Saildrone unmanned surface vehicle (USV) navigational capabilities in a range of challenging conditions to augment observations made by conventional ships and buoys.

Saildrone USVs are wind and solar-powered autonomous sailing vehicles that carry a suite of 20 science sensors to collect atmospheric and oceanographic data. The USVs are seven meters (23 feet) long and have a 4.5-meter (15-foot) composite wing. Having no engine nor fuel onboard, the research and observations conducted by JAMSTEC with saildrones do not produce any greenhouse gas emissions, minimize the impact on marine life, and help JAMSTEC meet its commitment to the United Nations Sustainable Development Goals (e.g., SDG 13).

The first two missions required the saildrone to transit over 1,100 nautical miles each way to the study sites. One USV sailed from Guam to conduct a mission at Kuroshio Extension Observatory (KEO) moored buoy (Mission 1).

The KEO buoy, jointly managed by JAMSTEC and the National Oceanic and Atmospheric Administration (NOAA), is an Ocean Climate Station (OCS) and part of the OceanSITES series of reference sites. For Mission 1, the saildrone sailed a set of patterns around the KEO buoy to take autumn observations of biogeochemistry and inter-calibrate sensors between the Saildrone USV and KEO buoy observation platforms.

“Although the Saildrone observation period around the KEO buoy was too short to compare its data with KEO buoy data, statistically, based on the limited data analysis, meteorological data such as atmospheric temperature, humidity, atmospheric pressure, wind direction/velocity observed by Saildrone coincided well with those observed by the KEO buoy. On the other hand, significant differences in water temperature (SST) and salinity can be seen between both data. Moreover, solar radiation observed by Saildrone coincided well with the satellite-based one, while a significant difference in chlorophyll data can be seen between Saildrone and satellite data. In order to evaluate Saildrone data more precisely, a longer period of observation, which covers variable domains and/or seasons with different oceanography and comparison of Saildrone data with onboard observation near the saildrone, is strongly recommended,” explained Dr. Kentaro Ando, Director of International Research in the Western Pacific Region, Research Institute for Global Change, JAMSTEC.

The second saildrone sailed from Guam to take observations in the Kuroshio Surface Current, a western boundary current similar to the Gulf Stream (Mission 2). The Kuroshio—which means “black stream” in Japanese in reference to the deep ultramarine hue of the warm, highly saline water—is the strongest current in the Western Pacific Ocean. It flows at a rate of 2.5 meters (8.2 feet) per second and is up to 1,000 meters (3,281 feet) deep. The size and strength of the Kuroshio pose challenges for traditional in-situ observations.

This is the first time JAMSTEC has studied the Kuroshio Current using unmanned technology. The Saildrone USV carried an Acoustic Doppler Current Profiler (ADCP) to measure this current.

“Higher resolution horizontal measurements are the key advantages of Saildrone measurement. In particular, in the Kuroshio region, frontal structures are very complicated and air-sea fluxes may change by the location of the front.  We could see the details of air-sea fluxes in association with the location of the front. The measurements by Saildrone will not be affected by the body shape of the platform, and it is really an advantage,” said Ando.

Mission 3 required a third USV to transit to the m-Triton Tropical Pacific Observing System (TPOS) buoy for metocean data comparison. The saildrone sailed a butterfly pattern to remain on station in the vicinity of the m-Triton buoy at 13N.

“Saildrone can get the data that will contribute to the understanding of the ongoing ocean and climate change and variability led by the Intergovernmental Panel on Climate Change (IPCC). The pCO2 data obtained onboard the saildrone in particular, as well as the standard met and surface ocean data, will surely contribute to SDG 13 and also SDG 14,” said Ando.

“Supporting JAMSTEC’s leading scientists to collect new and exciting data sets in the Western Pacific is a unique opportunity to enhance our understanding of this complex ecosystem, from typhoons to the biogeochemistry supporting abundant marine biodiversity, overall a very active environment traversed by the Kuroshio current,” said Saildrone COO Sebastien de Halleux. 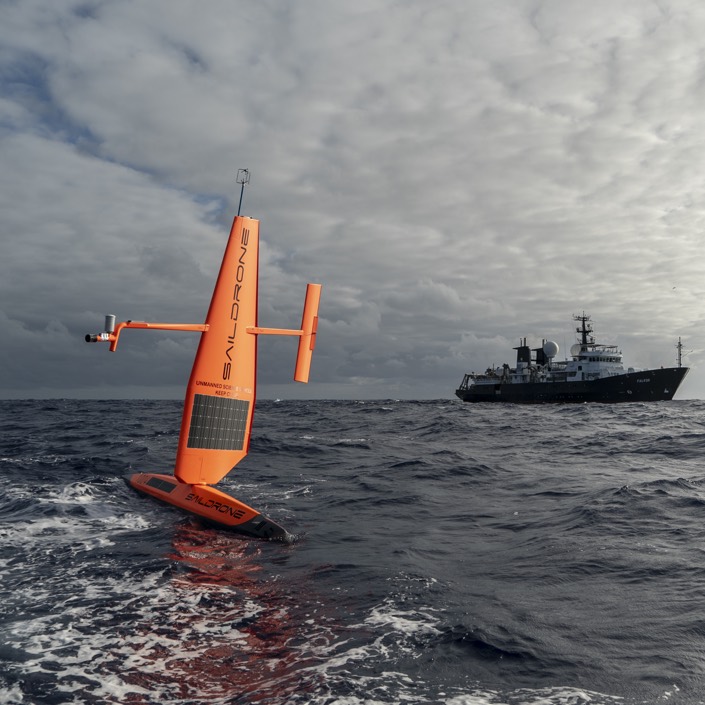 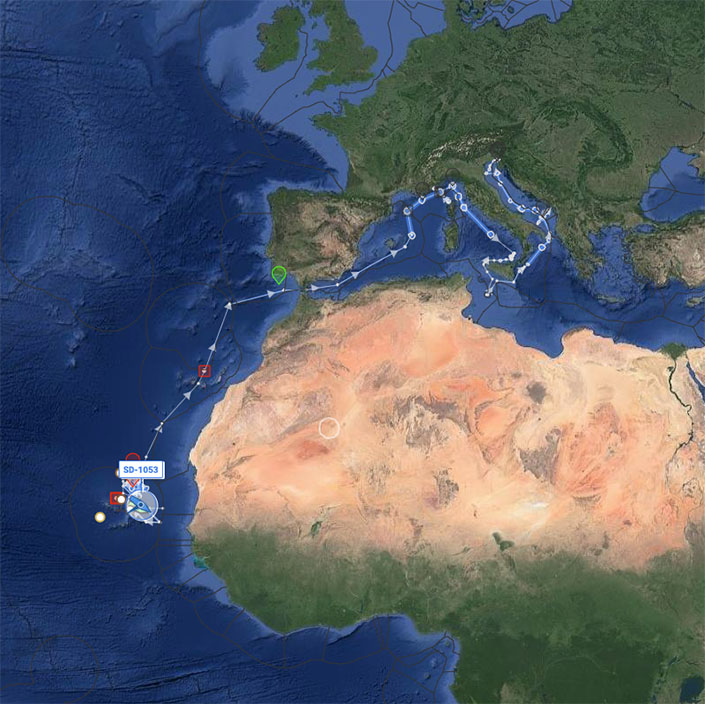 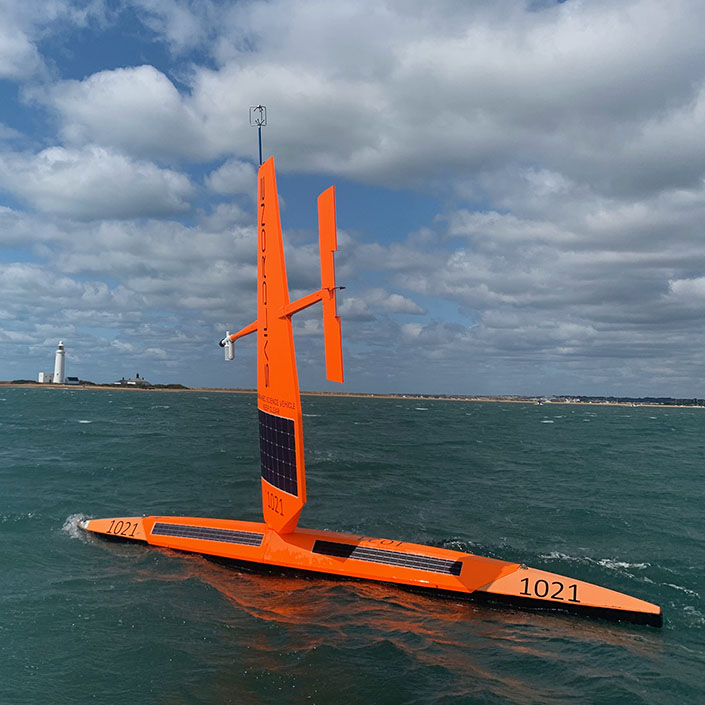 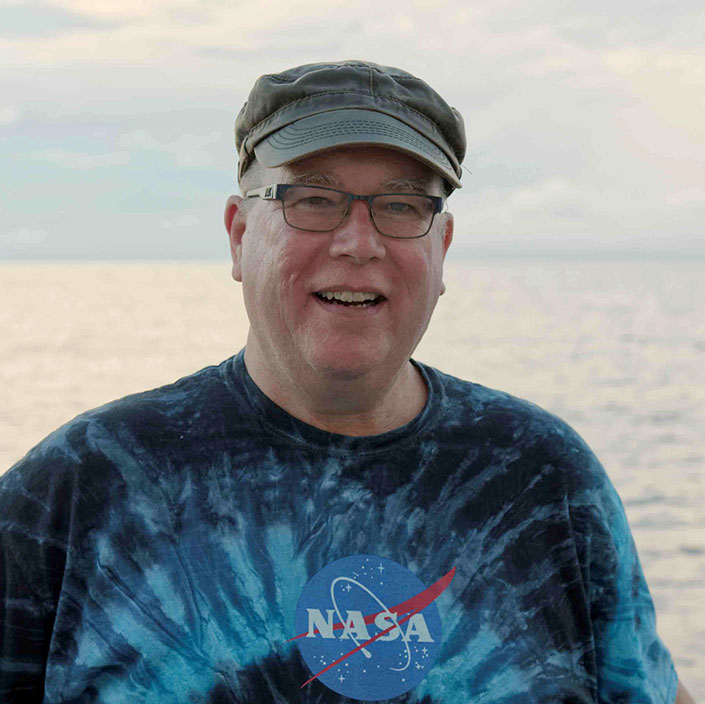